The Chinese were the first to introduce theater in Singapore. With the country being a melting pot of races, the population is diverse and there are cultural influences of them all. Chinese being the most dominant of them all, it was natural for the first theater, the People’s Theater to be built in the China Town district of the country. It is still considered to be the main place for Chinese opera in Singapore. It was in 1969 that the theater acquired a permanent site with an open air auditorium to perform drama and opera. 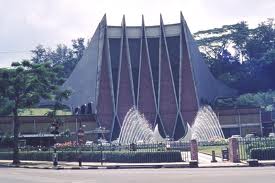 Around the time this Chinese theater was taking shape, the newly elected government of Singapore was building the National Theater at the same site where an important landmark was situated. Till 1986 when it was demolished, the National Theater became the venue for performances from several international artists, cultural programs held by Universities, dramas and rallies held on National Day. The national Theater was a historic building that was built by donations from the public and funding from the government.